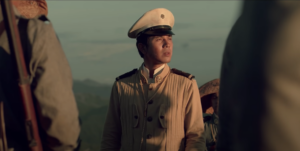 WE learn most of our history in the classroom, through books, documentaries, and lectures by historians. While historical films can supplement our knowledge, it is important to distinguish fact from fiction, and to not take the accounts on feature film as definitive truths.

Tarog, a Filipino filmmaker, composer, writer, and editor, has worked in a variety of genres, from horror and mockumentaries to drama, and is best known for the film Heneral Luna (2015), the highest-grossing historical film in the history of Philippine cinema. The film about one of the heroes of the Philippine Revolution earned around P250 million from its nationwide theatrical run alone. Its success led to the production of a sequel in 2018, Goyo: Ang Batang Heneral, about Gregorio “Goyo” del Pilar, one of the youngest generals of the Philippine-American War.

During the online webinar on Sept. 17, which was streamed on the Gateway Gallery Facebook page and moderated by UP Los Baños history instructor John Carlo Santos, Mr. Tarog shared his thoughts on the storyteller’s responsibility when creating historical films, biases, and creative license.

ON ENTERTAINMENT, PERSONAL BIAS, RESPONSIBILITY
During the talk, Mr. Tarog first stressed that historical films should not be considered primary sources of historical facts.

“Historical films are an interpretation of historical data that’s filtered through the personal biases, the worldview and the ideology of the storyteller,” he said, adding, “Films do not have standards that apply to actual scientific or academic research [since] storytellers are not subject to the review over other standards of research.”

Most films are made to entertain the audience.

“When [you] connect to the material, the story starts to have a semblance of truth, but it is not objective reality. You are only reacting to the world that exists inside the movie, and its connections to your own personal experience,” he said.

Mr. Tarog also noted that everyone has their own biases — whether one is for or against something.

However, cognitive bias is different, with Mr. Tarog noting that it “is a flaw in one’s thinking that allows one to misinterpret data or make irrational decisions.”

MAKING A HISTORICAL FILM TRILOGY
Heneral Luna and Goyo are meant to be part of a historical film trilogy, which Mr. Tarog was inspired to do after reading Nick Joaquin’s A Question of Heroes.

In the book, historical figures such as Antonio Luna and Gregorio del Pilar “were demystified, their legacies were questioned, and their contributions to the historical narrative were dissected,” Mr. Tarog said. “For some traditionalists, it may come off as sacrilege.”

“I thought it would be interesting to create a cinematic universe centered on actual history with protagonists who are fallible and probably problematic,” he said on the choice of Luna and Del Pilar as central characters.

The director was also motivated to illustrate how much and how little we have changed.

“Hindi ito (this is not a) pessimistic na worldview. It may be skeptical, but it’s it is certainly not hopeless,” he said.

Heneral Luna’s gestation actually started in the early 1990s when Eddie A. Rocha and Henry Francia wrote a script about Antonio Luna. In 2011, the director read about the life of Antonio Luna and wrote a script himself. When he learned about the existing script, he met with Mr. Rocha, read it and asked permission to re-write it to update it, add humor, and change the tone. Both Rocha and Francia eventually became producers of Heneral Luna. Film producer Fernando Ortigas came onboard to finance its production.

“All historical films are historical fiction based on facts. Some people want to stick closer to the facts. Other filmmakers prefer to go a little farther, whether for entertainment or artistic purposes or for propaganda [which] happens on all sides,” Mr. Tarog said. “Problems only arise when you fill in claims to present historical truths.”

“Heneral Luna and Goyo do not make those claims about historical truths, only that they are works of fiction based on facts and it’s because it is trying to suggest truths about society,” he continued, adding that the dialogue in the films and elements such as humor are made up.

Through its storytelling, Heneral Luna tackled questions about Philippine society such as regionalism, and kinship trumping nationhood, while Goyo question ideas of idolatry, loyalty to a leader and loyalty to the idea of a nation, and how a hero becomes a man.

MARKETPLACE OF IDEAS
If given the opportunity to be produced, the third movie will center on President Manuel Quezon. Mr. Tarog and his team read through 50 books on presidents Manuel Quezon, Sergio Osmeña, and Manuel Roxas while working on the script.

“The thing is, whether Quezon will be made, when, and how — it’s still a question that has no answer, unfortunately,” Mr. Tarog said. “Kumpleto na ’yung script pero baka magbago pa siya. Hindi ko alam kung kailan siya mangyayari (The script is complete, but changes can still be made. I do not know when it will materialize).”

“We need more of those people willing to risk and to invest in historical films,” he said.

Producers still have to consider if the content is marketable since historical films are expensive to produce.

“I cannot imagine a producer who’s willing to shell out 100 to 200 million pesos and then not expect it to come back to him,” Mr. Tarog said.

While historical films are fiction based on facts and have creative license, storytellers also have a responsibility when it comes to accuracy.

“In the fight against historical revisionism, cinema, unfortunately, is not the first line of defense, because its nature is all about making things up. It can be used for offense, but it’s kind of futile to fight against it using the same medium,” Mr. Tarog said.

“In a free society, when someone comes up with a historical film that claims it is the truth, the only thing that another filmmaker can do is to make a film that opposes it,” which, he said becomes a “he said-she said” scenario.

“From the audience’s side, the only thing that they can do is weigh both works in the marketplace of ideas,” Mr. Tarog said. — Michelle Anne P. Soliman