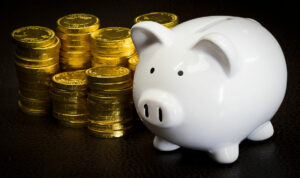 THE HAZARDS of keeping up with the Joneses. The relentlessness with which central banks are increasing interest rates reflects alarm at rising prices — and an aversion to being portrayed as insufficiently courageous at a time of economic peril. With so much hiking, officials should fret about the broader impact of the course they are on. The recession they are courting may be no ordinary downturn.

We are experiencing one of the most synchronized bouts of monetary and fiscal tightening in the past five decades, according to the World Bank. While the Federal Reserve may steal the show on Wednesday with a third consecutive hike of 75 basis points, rates will almost certainly march higher in coming days in places as diverse as the UK, Indonesia, the Philippines, and Norway. Earlier this month, the European Central Bank pulled off its first 75 basis-point jump, and left the door open for more. Sweden’s Riksbank shocked markets on Tuesday by lifting its main rate by a full percentage point.

It’s the countries that haven’t ratcheted up borrowing costs — often by significant margins — that stand out. The era of the global central bank may be with us in all but name, as much as policy makers themselves would bristle at the suggestion. About 90 central banks have raised rates this year, and half of them have increased by at least three-quarters of a percentage point in a single bound, based on Bloomberg News calculations. This week’s hikes alone may exceed 500 basis points.

Even the outliers are less than comfortable. The Bank of Japan, which has refused to budge, faces hard questions about why it clings to an ultra-easy stance when inflation has well and truly breached its 2% target. Inflation climbed to the highest in more than three decades last month. China is trying to support a fragile expansion, though authorities fret about inflation and are hesitant to unleash massive stimulus. (Such an approach by the People’s Bank of China would be limited in effectiveness, given Beijing’s COVID-zero strategy that has locked down huge cities.)

It’s a brave central banker who worries too loudly about other countries when headlines scream about inflation at home and politicians pile on. Most monetary agencies have at least some autonomy, but they still operate in a political environment. Policy makers face hostile questions in parliamentary hearings and some legislators go so far as to call for resignations. That’s an understandable, if disappointing, reaction when jumps in CPI lead the evening news. If officials harbor concerns about the subpar performance of the global economy — and there are sound reasons to be anxious — they tend to be publicly muted about it.

One person who has flagged the need to think globally is Fed Vice-Chair Lael Brainard. While not for a minute challenging the desirability of reining in demand and prices, she did keep an eye on the potential consequences of the global policy lockstep. “The rapidity of the tightening cycle and its global nature, as well as the uncertainty around the pace at which the effects of tighter financial conditions are working their way through aggregate demand, create risks associated with over-tightening,” Brainard said in a Sept. 7 speech. A bleak global outlook may also keep the Fed from moving by a full percentage point today, according to Bloomberg Economics.

In other words, the collapsing world picture will prevent a jumbo hike from turning into a mega hike. But that’s about it, for now. While World Bank economists don’t have a global slump as their baseline scenario, they are pessimistic. Drawing on insights from earlier recessions, a paper released last week noted that every world downdraft since 1970 has been presaged by significant weakness the prior year. “These developments do not auger well for the likelihood a global recession can be avoided,” wrote Justin Damien Guenette, M. Ayhan Kose and Naotaka Sugawara. It might conceivably resemble the 1982 vintage, they said. That was the slide that followed then-Fed Chair Paul Volcker’s assault on inflation. While inflation was beaten and Volcker earned his place in the pantheon of economic history, the economy was strangled in the process.

There’s danger today that, acting out of domestic concerns, the response to higher inflation will ricochet far beyond national boundaries. “Because these policies are highly synchronous across countries, they could be mutually compounding in their effects — tightening financial conditions and steepening the global growth slowdown more than envisioned,” according to Guenette, Kose and Sugawara.

A rallying cry for fans of central banks, whenever politicians make noises about rates, is to protect autonomy at almost any cost. But what about central banks being independent of each other, especially the Fed? The impact of the whole may be more consequential — and keenly felt — than the sum of the parts. An atlas may be as useful as dot-plots at this point.