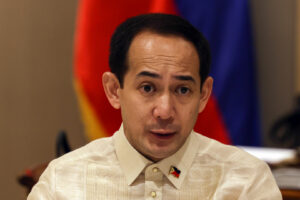 “There are names being considered but there is still no appointment being released,” Press Secretary Trixie Cruz-Angeles told a news briefing.

Victor D. Rodriguez at the weekend said he had resigned as executive secretary but would stay on as presidential chief of staff, a new position created through an administrative order signed by Mr. Marcos.

Mr. Marcos’ appointment of his resigned executive secretary to a new post reeks of bad governance and is contrary to his rightsizing push, political analysts said at the weekend.

The move is an act of self-preservation for Mr. Rodriguez, who is now under pressure after being hounded by controversies, said Arjan P. Aguirre, a political science professor at the Ateneo De Manila University.

The Senate majority recently cleared Mr. Rodriguez in its investigation of a sugar import order that Mr. Marcos later vetoed, but the Senate minority bloc said he failed to communicate the palace import policy.

The executive secretary, who is also called the “little president,” directly helps the president in managing the affairs of the government.

The late President Corazon C. Aquino restored the pre-martial law executive secretary position, according to the Official Gazette. Her predecessor, the late dictator Ferdinand E. Marcos — Marcos Jr.’s father — abolished the position and replaced it with the presidential assistant in 1975.

“There is no need to create the position of the presidential chief of staff, much less grant it so much power,” he said in the five-page memo, noting that other government agencies were already doing the job. — Kyle Aristophere T. Atienza