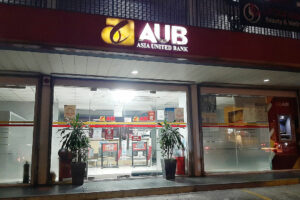 ASIA UNITED BANK Corp. (AUB) expects dollar-denominated investments to be in high demand amid the peso’s depreciation as the US Federal Reserve sustains its aggressive policy stance.

“Dollar-denominated assets should be favorable when the US dollar exchange rate is strengthening, especially if it is on account of increasing interest rates, as the case is today,” AUB Executive Vice-President and Head of Treasury Antonio V. Agcaoili, Jr. said in a statement on Tuesday.

“The US Federal Reserve has made it clear it is on a path of sustained rate hikes. Until it is convinced that the threat of runaway inflation is completely eradicated, the dollar will remain elevated and reach historic highs,” Mr. Agcaoili said.

The peso has further weakened against the dollar, trading above the P57-a-dollar level since Sept. 14, following the US Federal Reserve’s hawkish policy stance in taming US inflation.

On Tuesday, the local unit closed at a new record low of P57.48 against the greenback, losing eight centavos from its P57.40 finish on Monday, Bankers Association of the Philippines data showed.

According to Mr. Agcaoili, while there would be a seasonal uptick of remittances from overseas Filipino workers (OFWs) towards the fourth quarter of the year, it may not be enough to support the peso against the greenback.

“The demand for foreign exchange is much bigger than the amount coming from OFWs,” Mr. Agcaoili said.

AUB Senior Vice-President and Head of Trust Andrew A. Chua said investors in search of higher-yielding assets are in a good position to load up on dollar assets.

The AUB GDF offers returns that can be withdrawn at any time after the minimum holding period. Investors will also have a team of fund managers that will safeguard their investments as risk and returns are balanced appropriately.

The GDF invests in a diversified portfolio of fixed-income securities. It also offers a rate of return equal to the rolling yield of the 5-year US treasury notes, net of fees.

“With expectations for interest rates to continue to rise in the near term, the GDF’s net asset value (NAV) will remain depressed. However, as prospects for a US economic recession rise, we expect the US Fed to end its hawkish policies soon. This, in turn, will result in a more stable interest rate environment and will allow the fund to accrue at high yields,” Mr. Chua said.

“As such, we see the current situation as a good opportunity for our clients to start accumulating investments in the GDF and expect to reap the benefits from their investments over the next two to three years,” he added.

“Consistency is key. Short- to medium-term volatility amplifies the noise in the market, but with consistent fund management, long-term performance of the fund will almost always result to positive returns,” Mr. Chua said.

“Having been awarded by the CFA as the Best Medium Term Bond Fund for six years in a row is a solid validation to our fund management capabilities,” he added.

AUB and its subsidiaries saw their consolidated net income surge in the first semester amid a higher total operating income and lower loan loss provisions.