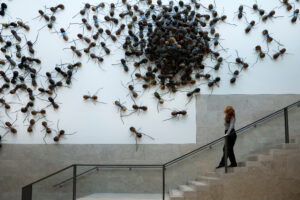 AMSTERDAM — Amsterdam’s Rijksmuseum, home to Dutch masterpieces like Rembrandt’s Nightwatch, will temporarily have its walls and windows overrun by 700 giant ants, as part of a new exhibit.

Inspired by the Colombian conflict between the government and guerrilla groups which started in 1964 and forced millions of Colombian citizens to leave their homes, the bodies of Mr. Gomezbarros’ ants are made from two casts of human skulls, representing both victims and perpetrators, Mr. Gomezbarros told Reuters.

The ants’ legs are sticks from Jasmine trees, used during the conflict to cover the bodies of victims to mask the smell of death.

The meaning of “House Taken,” which has previously shown in Colombia, Bolivia, the United States and Sweden, changes over time depending on its audience, he said.

People migrate for different reasons, Mr. Gomezbarros added, such as “a country in bankruptcy, war or lack of opportunities.”

“The ants symbolize the industriousness, resilience and cooperative spirit of people,” Rijksmuseum curator Julia Kantelberg explained, adding that letting people make their own associations is part of the artwork’s goal.

Casa Tomada is part of a larger exhibition, “Crawly Creatures,” which will start Sept. 30 and run up until Jan. 15, 2023. It focuses on the ever-changing perceptions of crawly creatures, such as ants but also toads, snakes and spiders, in the arts and sciences. —  Reuters 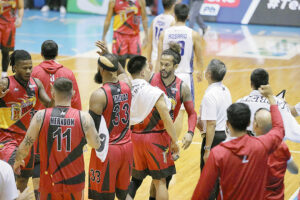 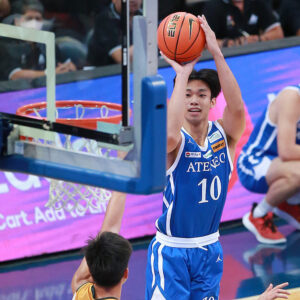 Blue Eagles and Fighting Maroons back to action against separate foes

Blue Eagles and Fighting Maroons back to action against separate foes 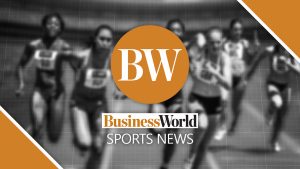