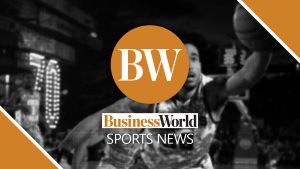 Defending champion TNT has hurdled a lot of adversities to get to a 3-2 lead in the PBA Philippine Cup finals against San Miguel Beer.

Now comes the hardest part: Nailing the clincher against a rival as tough and hell-bent to capture the league’s crown jewel.

“I’ve always said it — the hardest game to win is the fourth game. We have no illusions about it. We know it’s going to be a huge, difficult war so we have to be prepared,” TNT coach Chot Reyes.

“All we can do is prepare ourselves, control the things we can control and just be ready for Friday,” he added.

If done right, TNT can make today’s 5:45 p.m. Game 6 at the Smart Araneta Coliseum a victory lap to cap a ride made bumpier by manpower problems here and there and killer game schedules due to Gilas Pilipinas slates. And yes, with the closeout, the Tropang Giga can give Mr. Reyes a merry celebration amid relentless social media scoring from his critics and haters.

Best Player of the Conference June Mar Fajardo and his hungry SMB teammates are defiant.

Mr. Fajardo, whose squad is intent on dragging TNT to a deciding seventh game and continue its own hunt for a first championship since the 2019 Commissioner’s Cup.

“(In Game 4) we wanted to double up because we haven’t beaten San Miguel two-in-a-row yet, not last year, not this year. So we knew we had to find a way to win two-in-a-row. So that first part is now over. We’ll see if we can follow it up,” said Mr. Reyes.

TNT carries this mission out with Jayson Castro not 100 percent, if he gets to suit up, or worse, sitting it out altogether after spraining his ankle last Wednesday.

Kelly Williams, who was the first player in his 40s to score at least 20 in the finals since the legendary Robert Jaworski back in the 1991 First Conference, has to do another heavy lifting in the closing bid.

“We always say that when one man goes down, there’s no one person who can fill his shoes. But every other person, little by little, in their own little way can,” said Mr. Reyes. — Olmin Leyba