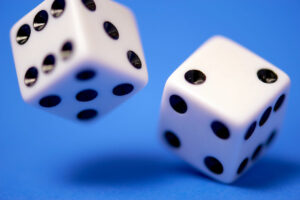 Summer’s verdant abundance is followed by the golden, copper harvest of autumn. The Earth is dormant during winter as it replenishes itself. In spring, it reawakens and blooms again.

What is lost is replaced as life begins anew.

History teaches us that nothing remains the same.

Wars, time, environmental upheavals, disasters, plagues, atmospheric conditions are among factors that affect civilizations. They corrode or ruin structures such as monuments, temples, the pyramids, ancient and cultural treasures. Over the centuries, buildings have become casualties of toxic pollution, weapons of aggressions, benign neglect.

In the local scene, another problem is “progress” (materialism). Property developers buy and demolish heritage buildings in order to redevelop the area with towering structures in the old parts of town. The safety of the old structures is a realistic, practical concern. However, in the old world and ancient civilizations — Europe, Egypt, Greece, Rome — the governments have focused on heritage conservation through proper laws that protect ancient and medieval structures. Zoning laws are respected and enforced.

The iconic World Trade Center of New York was destroyed by terrorists two decades ago. It was a tragic devastation that shook the world. The heroic spirit of the people prevailed as they valiantly tried to save the survivors and eventually to rebuild on what was called Ground Zero.

In time, a different structure rose like a phoenix from the once smoldering ashes and ruins. Its energy radiates like a beacon. New people and new activity buzz in a regenerated, rejuvenized environment.

There is hope. Life goes on.

The Anglo-Irish clergyman writer Johnathan Swift once wrote, “There is nothing in this world constant but inconstancy.”

One can never predict how things will turn out. One can plan and strategize for the future but there are no guarantees.

Cautious, prudent individuals prefer security and predictability. They meticulously manage their lives and program their schedules tightly. They resist sudden changes in the rigid structure of their organized lives and institutions.

Adventurous free spirits are quite the opposite. They embrace surprises and take interesting risks. Flexible, responsive, spontaneous, they easily adapt to change and flow with the tide.

Outside the sphere of daily routine, one’s character is tested. Particularly when an extreme situation or crisis arises. The diverse reactions of people are determined by attitude and habit.

Natural and man-made disasters such as tsunamis, hurricanes, volcanic eruptions, floods, earthquakes and the pandemic threaten the world.

The reactions are diverse. Many people panic and freeze or flee. Adrenaline rushes through the system and instinctively, people respond to the external stimuli.

The logical organized person would be cool and unperturbed. The flexible one would use intuition, instinct, and gut feel. Both types switch to survival mode in different ways. However well-prepared a person is, timing matters. Luck is a critical factor, Being at the right place at the right time.

One may miss an urgent appointment at a particular place due to a seemingly trivial incident. It may not make logical sense at the moment. One is forced to stay home, take a detour.

Then “lightning” strikes. The split-second delay or absence means a life is saved. It can be attributed to chance, a lucky streak. Others call it Divine Providence — a cosmic force intervenes to save a life.

There are incredible incidents in which fortunate people emerge unscathed from accidents or disaster sites.

Three decades ago, we heard the story about a child who fell from a yacht into the sea — at night. The parents desperately searched for the child who seemed to have vanished in the waves. But a dolphin miraculously nudged the child afloat and swam with her to safety.

The yacht had traveled many miles away. The next morning, the parents found the child with the fishermen who saved her. Was the dolphin an angel? How she survived the cold dangerous night at sea and arrived ahead of the yacht to safety should be the plot of an action movie. Faith and prayers were part of the safe recovery of the child. It is a modern miracle of life.

Sometimes, it is difficult to understand why certain things happen. Random incidents may occur for unknown reasons beyond our control.

The pandemic is the unfathomable global disaster of the millennium. It takes strong faith to believe in God, to accept all the major personal losses, to grieve and continue to have hope.

On another level, we should let things happen and trust fate. The unseen hand may point us to serendipity — through a detour.

One drives, gets lost and discovers a lovely meadow filled with wildflowers on a scenic cliff. An impromptu stop at a distant beach during a thunderstorm could reveal a secret cave with shards of ancient porcelain from a sunken galleon from the 17th century.

A lost job could start a new and independent venture. A chance encounter may kindle a special friendship, a romance, or a permanent alliance.

An injury and confinement could lead one on a spiritual voyage of self-discovery. (An example would be the inspiring story of St. Ignatius of Loyola who was wounded in battle, and he founded the 500-year-old Jesuit order.)

Maria Victoria Rufino is an artist, writer and businesswoman. She is president and executive producer of Maverick Productions.