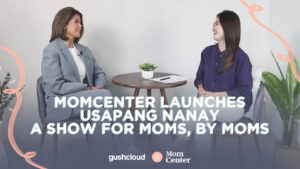 STREAMING platform Viu is set to premiere the Viu Original series, K-Love — a Filipino series made for Korean drama fans by Hollywood filmmakers. K-Love tells a story about five K-drama enthusiasts from different walks of life and how their love for K-drama becomes an avenue for them to take risks and pursue their own happy ending. The show stars Iza Calzado, Isabelle Daza, Sue Ramirez, Gabby Padilla, and Jake Cuenca. The team behind K-Love is led by series creator Corinna Vistan, a Marvel Studios Executive who has worked on 19 of the 29 Marvel films (receiving a Gold Clio for Guardians of the Galaxy Vol. 2, and a Silver Telly in 2016 and 2017 for Doctor Strange and Thor: Ragnarok). Ian Takahashi (The Suicide Squad 2, Hillbilly Elegy, Harry Styles’ music video “Falling,” Beyonce’s “Lemonade”) is the show’s cinematographer. The team members include former editor-in-chief for Summit Publications Tara Sering, script development executives Lea Dizon and Katherine Visconti, fashion stylist and current Vogue (Philippines) fashion editor Pam Quiñones, and director Bobby Yan. K-Love will be streaming soon on Viu.

Hwang In Youp returns for a fan meet

SOUTH KOREA’s Hwang In Youp is set to come back to Manila for his first official fan meeting on Sept. 24, 6 p.m., at the New Frontier Theater at Araneta City in Quezon City. The actor debuted in 2017 as a runway model before launching his acting career in 2018 with a lead role in Playlist Studio’s web drama Why. He played second lead in the drama adaptation of the highly popular webtoon, True Beauty, and now stars in Netflix’s series The Sound of Magic and Why Her. Fans can expect up-close interaction with Hwang In Youp who will also sing songs. Lucky winners will get his autograph during the fan meeting. Presented by Keyeast, Applewood, and Ovation Productions, tickets to the fans meet are on sale at all Ticketnet outlets and ticketnet.com.ph.

THE KOREAN adaptation of the classic novel by American novelist Louisa May Alcott will soon stream on Netflix. In this adaptation of Little Women, a poor but loving trio of sisters decide to stand up to Korea’s richest, most powerful family. The 12-episode series is directed by Kim Hee-won and starring Kim Go-eun, Nam Ji-hyun, Park Ji-hu and Wi Ha-joon. Little Women streams on Sept. 3.