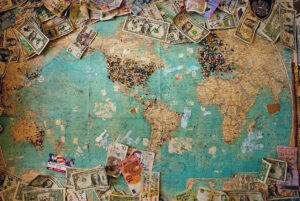 JACKSON HOLE is an unlikely place to look for rebels. Titans of global monetary policy sent out a largely unchallenged message from the Federal Reserve’s summer retreat in Wyoming: Inflation is way too high and must be crushed, almost regardless of the cost to growth. Amid this festival of hawkishness, there were some nuanced and important voices from Asia that risk getting lost in all the hard talk.

Fed Chair Jerome Powell dominated the show, warning that interest rates are heading higher for longer. European Central Bank (ECB) officials sounded similarly resolute. Where there was shading, it tended to come from places like Japan, New Zealand, and South Korea. Not refutation, but mostly refinements. Still, they stood out and are significant given all the chest-thumping and aversion to any intimation of weakness.

Bank of Japan (BOJ) Governor Haruhiko Kuroda certainly expressed resolve, but of a very different nature to his Group of Seven counterparts. Inflation has exceeded the Bank of Japan’s 2% target for a few months, but Kuroda isn’t particularly impressed and ultra-loose policy still rules. “We have no choice other than continued easing until wages and prices rise in a stable and sustainable manner,” Kuroda said at one panel.

That’s in line with Kuroda’s comments after recent BOJ rate decisions — in itself noteworthy. When visiting the US in April, he struck a different stance. In a speech at Columbia University, Kuroda appeared to abandon the bank’s forward guidance that policy will be further eased if necessary. He said that the economy wasn’t vulnerable enough to warrant such a step. Whatever his intent then, there’s little ambiguity about his position now. Any tightening may have to wait until after his second term concludes next year.

One of the earliest rate hikers went so far as to suggest that the bulk of his heavy lifting may be done. Adrian Orr, governor of the Reserve Bank of New Zealand, said that after four consecutive increases in the benchmark rate of half a percentage point, “We’re in a much more comfortable position.” Orr told Bloomberg Television’s Kathleen Hays that the slowdown under way is “a good signal that monetary policy is biting and we are doing our work.” But Kiwi policy makers were moving against inflation before Powell, ECB President Christine Lagarde or Bank of England Governor Andrew Bailey. The ability to soon slow down — even to pause rate hikes — is the reward; private sector economists see cuts as soon as next year.

Bank of Korea Governor Rhee Chang-yong was careful not to rule out a big hike. But this fell short of backing a return to jumbo adjustments. Rhee made a splash soon after his appointment when the Bank of Korea (BOK) broke a pattern of quarter-point nudges with a 50-basis-points move in July. Hours before he got on the plane, BOK policy makers returned to small steps in their August meeting. Altering course again wouldn’t look like resolve, but like there’s no plan or strategy. The bank has already reached what it considers to be a neutral range of levels of rates. Get to the upper end, and Seoul will weigh whether further work is required. Rhee also told the Jackson Hole audience that Asia can return to the days of low inflation that prevailed before COVID and its aftermath.

Not that Asian economies can strike out entirely on their own. What happens in the US can buoy or buffet them. The Fed’s path has an enormous influence on exchange rates; the dollar is on one side of almost 90% of currency transactions. As key exporters, Asian countries are susceptible to the ebbs and flows of economic cycles, something American monetary policy greatly shapes. If places like Korea and New Zealand had been late to interest rate liftoff, as the Fed and ECB were, Orr and company might well have made Powell blush with their hawkishness.

None of this suggests a wishing away of inflation. Kuroda, who has strived to push inflation up for his nine years in the job, would prefer that it not be driven by soaring global energy and commodity costs. Rhee and Orr may soon see the dividends of starting early, if they can take a break by the end of the year. Don’t expect them to countenance that notion too loudly, however. In this era of inflation busting, there are limits to what can be uttered in polite company.

Powell went out of his way to discourage the idea the Fed will retreat next year, as some traders have wagered. He might gaze across the Pacific with some envy.