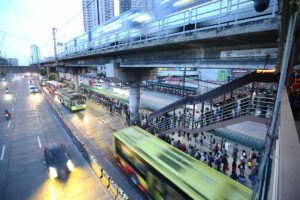 THE GOVERNMENT should ensure commuters will not face exorbitant fares if the bus system along Epifanio delos Santos Avenue (EDSA) and urban rail systems will be privatized, analysts said.

“As private companies are profit-driven, privatization should be balanced, which means that the government should continue to protect the riding public from exorbitant fares and underinsurance,” Antonio A. Ligon, a law and business professor at De La Salle University, told BusinessWorld in a recent phone interview.

“However, government interference must be done in a way that won’t obstruct further development and the goal of private companies to recoup their investments while improving transport services,” he added.

A hybrid mode means that the government will provide the infrastructure, while a private concessionaire will operate the service and maintain the facilities under an operations and maintenance concession.

However, transport expert Rene S. Santiago said any privatization effort “must wait” for the revision of the implementing rules and regulations (IRR) of the Build-Operate-Transfer (BOT) Law.

“Midnight amendments to the IRR have turned PPP (public-private partnerships) into a game of masochism for private investors,” he said in a phone message.

Since it took effect in April, business groups have criticized the new rules for the BOT Law, saying private proponents would shoulder more risks while the government is relieved of responsibility for delayed deliverables.

The National Economic and Development Authority (NEDA) has been directed to review the controversial provisions of the IRR. Finance Secretary Benjamin E. Diokno has said the new rules are expected to be released before end-September.

“The government should look with critical scrutiny the hybrid proposals from the private sector, as this might grossly underestimate the actual value of public funding in infrastructure projects while overestimating the value of private investment in operating and maintaining public utilities and services,” Terry L. Ridon, a public investment analyst and convenor of think tank InfraWatch PH, said in a separate phone message.

“If the private sector would like to take over transport services currently under government control, any PPP arrangement should reflect the value of the public sector’s investment in infrastructure projects,” he added.

‘NO MONOPOLY’
For Mr. Ridon, the private sector has no monopoly in the efficient operations of public utilities and services.

“Both can run transport systems well if the enabling conditions for efficiency are present,” he said.

According to Mr. Santiago, past experiences in the last three decades showed that “private sector management results in better outcomes as long as government restrains itself from behaving as a backseat driver.”

“I have long advocated for PPP in railway sector, under balanced allocation of risks,” he added.

He noted that the privatization of the MRT-3 was included in the top 10 priorities “way back in 2010.”

“The PPP structure was faulty, and it failed to take off. The privatization of LRT-1 happened in 2015,” Mr. Santiago added.

To recall, Light Rail Manila Corp. (LRMC), the private operator of LRT-1, said in May that it had filed a request for arbitration with the International Chamber of Commerce over its dispute with the DoTr and its attached agency, the Light Rail Transit Authority (LRTA).

LRMC hopes to recover around P2.67 billion in compensation claims and costs arising from delays in the implementation of fare adjustments for 2016, 2018, and 2020, according to its parent company Metro Pacific Investments Corp.

On the proposal to privatize the operations of EDSA busway, Mr. Santiago called it “very strange.”

“All buses running on EDSA are privately owned, to begin with. And what missing elements on EDSA Busway are to be provided by the private sector, in the minds of MAP? The building blocks for a true BRT (bus rapid transit), like 20 stations on median? Digital payments? Correct separators, not concrete barriers? Articulated buses with doors on left sides, or both sides? At what fares? MAP should offer more details other than motherhood statements,” Mr. Santiago said.

For Mr. Ridon, the DoTr should undertake a study on which transport services should be privatized or remain under government control, with the main objective of keeping operational and maintenance costs low and ensuring reasonable rates to the commuting public.

“The government should only consider privatizing its current services if these objectives cannot be met,” he said.

According to MAP, it has offered to work with the DoTr and other private sector stakeholders in preparing the terms of reference for the bidding and award of the concessions “to ensure a level playing field for all.”

Sought for comment, a representative from the DoTr said last week that the department was “still reviewing” the letter from MAP. 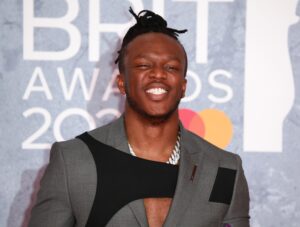