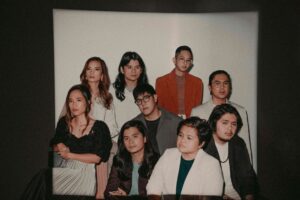 NINE-PIECE folk pop band Ben&Ben released their new international single, “The Ones We Once Loved,” and are preparing for their send-off concert prior to their US tour.

Since the Ben&Ben’s debut in 2015, the group has amassed a total of 3.5 million listeners on Spotify.

NEW SONG
Following the release of the songs “Doors” and “Leaves” in 2020 — which were done in collaboration with Korean singer-songwriter Young K of Day 6 — Ben&Ben returns with another single.

Released under Sony Music, the new song is a confessional ballad written by Paolo Benjamin Guico. The track offers a perspective on love, forgiveness, and breakups.

“[The song is about] something we often hear about, but we don’t get enough closure in our lives,” he said at an online press launch on Aug. 23.

“Minsan iyung mga tao dumadaan sa buhay natin, hindi man para mag-stay pero para may maidulot na lesson. (Sometimes, people come into our lives, not to stay but to teach us a lesson). Bitter and sweet, who knows? But lessons nonetheless, in our lives,” Mr. Guico said, adding that the song was based on his personal experience from a past relationship. “We hope that you feel something that could bring something good in your life because of this song.”

The song, he continued, is “a letter to the people who have come and gone in our lives. It’s something that we rarely express but we wanted to verbalize it more in this song than we usually do.”

“Supporting the vocals is the staple piano sound, as one would hear when being sung… slowly followed by more and more melodic instruments as the singer opens up and exposes vulnerability,” the band explained. “At the end of the day, we wanted to make an arrangement that would provide no barrier to taking in each meaning of every word of a song that has so much to say.”

“The key is to just keep making songs for the sake of making songs and for the love of it because you’ll never know when a hit comes,” Paolo Guico’s twin brother, Miguel, said on the challenge of writing hits. “The pressure sometimes gets to you that you have to follow this up with something,” he added.

As a group they always remind themselves of the reason that brought them together: “the love for music that we love performing and we love sharing [with] others,” Miguel Guico said.

CONCERT AND TOUR
The group will be holding a send-off concert the Cultural Center of the Philippines Open Grounds on Sept. 3 before embarking on a tour of North America.

“It’s going to be explosive, tasteful, and colorfully musically. We’ve been rehearsing a lot,” the group’s violinist Keifer Cabugao said of the Sept. 3 concert.

It will be their first live concert since the coronavirus pandemic halted live performances in their tracks. Last December, the band held an online concert, Kuwaderno, which was shot and recorded at the SMART Araneta Coliseum.

After the send-off concert, the band will travel to North America where they will perform in venues across nine cities in the United States and Canada.

“As we head for the first time in the US, we want to start the whole process with this major send-off concert,” Miguel Guico said.

Ben&Ben’s “The Ones We Once Loved” is available on all digital music platforms worldwide. For tickets to the Ben&Ben send-off concert, visit www.ticketnet.com.ph/events/detail/Ben-%26-Ben-Send-Off-Concert or https://www.ovationtickets.com/benandben2022. — Michelle Anne P. Soliman