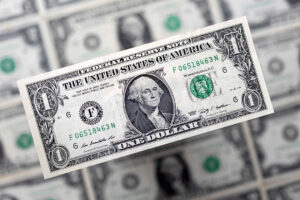 Many central banks have deployed the tandem of rate hikes and foreign exchange spot intervention as the US Federal Reserve continued its aggressive monetary policy tightening.

“We were responding just like other central banks to this global situation. The monetary policy in the United States is causing currencies to depreciate, so in response to that, we raised interest rates, not as much as the US did, and we also sold reserves… Nonetheless, our reserves remain comfortable and adequate,” Mr. Medalla said at the Development Budget Coordination Committee’s (DBCC) briefing for the House Committee on Appropriations on Friday.

The peso touched its all-time low of P56.45 per dollar in July.

The GIR level has been on a decline since February this year.

“Despite the recent declines in gross international reserves, the overall level remains very high, especially when put into the context of the fairly consistent trend of around $80 billion in the five years prior to the pandemic,” S&P Global Ratings Senior Economist Vincent Conti said in an e-mail.

Having an ample level of dollar reserves safeguards an economy from market volatility and is an assurance of the country’s capability for debt repayment in the event of an economic downturn.

The country’s foreign exchange buffer hit a record high of $110.12 billion in December 2020.

“In a way, the weak domestic economy during the COVID (coronavirus disease 2019) period had the positive and related side effects of a stronger currency and a strong buildup of reserves, by dampening imports and thus boosting the trade balance,” Mr. Conti said.

“This is of course being reversed as the Philippines and the region faces capital outflow pressure amid high commodity prices and prospects of still higher global interest rates, as we note in our most recent report. That has resulted in peso depreciation as well as a slightly lower buffer from reserves,” he added.

“Asian currencies have depreciated appreciably against the US dollar this year; and this has allayed much of the burden on the balance of payments,” he said.