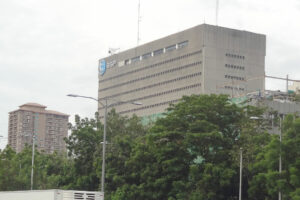 Demand for the BSP’s term deposit facility (TDF) totaled P320.442 billion on Thursday, higher than the P200 billion on the auction block. This also surpassed the P290.814 billion in bids logged last week for a P290-billion offer.

“The BSP lowered the TDF offer volume to P200 billion, from P290 billion last week to give way to the Bureau of the Treasury’s retail Treasury bonds offering…,” BSP Deputy Governor Francisco G. Dakila, Jr. said in a statement on Thursday.

Broken down, the six-day term deposits attracted tenders amounting to P182.573 billion, surpassing the BSP’s P120-billion offering. However, this was below the P204.946 billion in bids recorded the prior week for the seven-day tenor.

The central bank has not auctioned off 28-day term deposits for more than a year to give way to its weekly offerings of securities with the same tenor.

The term deposits and the BSP bills are used by the central bank to mop up excess liquidity in the financial system and to better guide market rates.

“Both tenors were oversubscribed with bid-to-cover ratios at 1.52x and 1.72x the respective offer volumes in the 6-day and 13-day tenors. Total tenders received amounted to P320.442 billion, well above the expected range of the BSP,” Mr. Dakila said.

“The results of the TDF auction show that, despite today’s oversubscription, overall short-term liquidity in the financial system is relatively lower, brought on by the government’s fundraising activities as well as higher loan releases among counterparties. Looking ahead, the BSP will continue to carefully assess the latest liquidity conditions and market developments in its monetary operations,” he added.

The central bank’s policy-setting Monetary Board last week raised borrowing costs by 50 bps and signaled it has room to further hike rates as it battles inflation. It has increased rates by a total of 175 bps so far this year.

Headline inflation rose by 6.4% year on year in July, the fastest in nearly four years and exceeding the central bank’s 2-4% target band for a fourth straight month. This brought the seven-month average to 4.7%, still below the BSP’s full-year forecast of 5.4%.

BSP Governor Felipe M. Medalla last week said they will need to respond if the US Federal Reserve’s tightening continues to be aggressive. The US central bank has raised rates by 225 bps since March, including back-to-back 75-bp increases in June and July.

He said the BSP will consider a pause in rate hikes if the Fed makes “very mild” increases in its next meetings or if the US goes into a “fairly deep recession”.

The BSP Monetary Board has three reviews left for the year scheduled on Sept. 22, Nov. 17 and Dec. 15.

Meanwhile, the Fed’s policy-making Federal Open Market Committee will next meet on Sept. 20-21. Its other remaining reviews for this year are set on Nov. 1-2 and Dec. 13-14.

Meanwhile, Mr. Medalla also said last week the BSP will postpone its plan to further reduce banks’ RRR, which he earlier said could happen by the end of the year.

The BSP wants to bring down the level of deposits banks are required to keep with the regulator to single-digit level by 2023. The RRR for big banks is currently at 12%, one of the highest in the region, while reserve requirements for thrift and rural lenders are at 3% and 2%, respectively.

Term deposit yields also climbed as the offer period for the government’s RTBs began on Tuesday, Mr. Ricafort said, as the offering “could siphon off some of the excess liquidity in the financial system and somewhat add to the supply of government securities in the market.”

The government on Tuesday raised an initial P162.72 billion from the price-setting auction for its offer of 5.5-year retail bonds as tenders reached P225.32 billion, or more than seven times the P30-billion plan.

The retail bonds fetched a coupon rate of 5.75%, higher than the 4.875% set for the five-year RTBs offered in March.