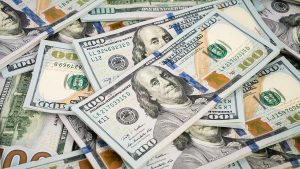 Data released by the central bank showed transactions on foreign investments registered with the BSP through authorized agent banks (AABs) saw a net outflow of $103.14 million in July, the smallest outflow in two months.

Foreign investments registered with the BSP through AABs are also known as “hot money” due to the ease with which they enter and exit financial markets. Investors typically want to secure the best short-term rates possible.

The exit of foreign funds was due to “broad risk-off tone on expectations for rate hikes from the Fed,” ING Bank N.V. Manila Senior Economist Nicholas Antonio T. Mapa said in a Viber message.

The US Federal Reserve implemented a second straight 75-basis-point (bp) rate hike in July, as it sought to tame runaway inflation. The rate is currently in the 2.25%-2.5% range.

“Concerns also about collapsing interest rate differentials and surging inflation may have also caused some panic after BSP opted to stay dovish at their June meeting,” Mr. Mapa said.

The BSP raised the benchmark rate by 25 bps at its June meeting. However, it implemented an off-cycle 75-bp hike in July as it sought to contain broadening inflationary pressures.

The bulk of investments went to securities of holding companies; food, beverage and tobacco; property; banks; and transportation services. The rest were invested in peso government securities.

For the first seven months, foreign investments yielded a net inflow of $625 million, a turnaround from the $446-million net outflows in the same period last year.

“However, because many countries are following suit in increasing policy rate, it is now a matter of who has better investment climate and clearer economic plans to manage persistent downside risks like currency depreciation and inflation,” he added.

With its recent 50-bp hike last week, the central bank has raised rates by a total of 175 bps so far this year.

The BSP said registration of inward foreign investments delegated to AABs by the BSP is “optional under the rules on foreign exchange transactions.” — KBT