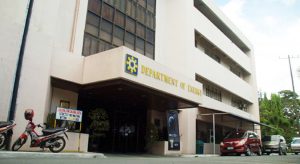 THE Department of Energy (DoE) said it has established an advisory panel which includes two retired Supreme Court justices to guide the department on legal issues it is likely to encounter, particularly regarding the endgame for the Malampaya gas project.

“The DoE law and energy advisory panel (will ensure) that the recommendations to the President coming from the DoE are fully grounded in the Constitution,” Energy Secretary Raphael P. M. Lotilla said at a virtual briefing.

The panel will advise the department on the process of accelerating and expanding the development of indigenous energy resources, and on legal issues that have arisen with regard to the disposition of Malampaya gas to power project.

“These are among the things that are being addressed right now. As you know the Philippine National Oil Company-Exploration Corp. (PNOC-EC) is considering the matter of giving its consent to the sale of Shell’s interest (in Malampaya), and as far as the DoE is concerned, we will have to review the sale, but I can assure you that we will adhere to the timeline,” Mr. Lotilla said.

Mr. Lotila said that the timetable is “quite tight” on Malampaya, but assured that the DoE will be reviewing the technical and financial aspects of the proposed sale.

“I would not want to pre-empt the Energy Regulatory Commission; they are studying these issues intently,” he said.

On Tuesday, SMC Global Power warned that electricity prices in Metro Manila and nearby provinces will rise, pending a decision by the energy regulator on its petition for a temporary rate hike. — Ashley Erika O. Jose