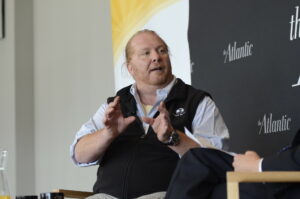 BOSTON — Celebrity chef Mario Batali has agreed to settle lawsuits by two women alleging he sexually assaulted them in separate encounters in Boston, one of whose accusations were the focus of a #MeToo-era criminal prosecution that ended in his acquittal.

Lawyers for Natali Tene, whose claims were at the heart of Mr. Batali’s trial in May, and Alexandra Brown confirmed late Tuesday they had resolved their separate lawsuits in state court in Boston against Mr. Batali.

“The matters have been resolved to the satisfaction of all parties,” attorneys Eric Baum and Matthew Fogelman said in a joint statement. “We cannot comment further due to confidentiality obligations.”

The docket in Ms. Tene’s case showed that a hearing set for Tuesday was recently called off because the case had been settled.

Mr. Batali’s lawyer, Anthony Fuller, did not respond to requests for comment.

Ms. Tene’s claims formed the basis of the only criminal case to result from various #MeToo-era allegations of sexual harassment and assault by women against Mr. Batali, once a fixture of Food Network and a star of the ABC cooking and talk show The Chew.

Ms. Tene, 32, had said Mr. Batali in 2017 groped her breasts, buttocks, and crotch area and forcibly kissed her while drunkenly posing for selfies with her at a bar near Boston’s Eataly, the Italian market and restaurant that at the time he partly owned. She filed a civil lawsuit against him in 2018.

Mr. Batali was charged in 2019 with indecent assault and battery.

His lawyers argued that Ms. Tene fabricated the story to win a monetary settlement. After a non-jury trial, a judge acquitted Mr. Batali, saying Ms. Tene had “significant credibility issues” and that her photos did not back her claims.

Mr. Tene’s lawyers also represented Ms. Brown, who separately sued Batali in 2019 and accused him of similarly sexually assaulting her while posing for selfies at a different Boston restaurant in 2016. — Reuters