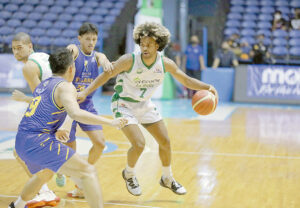 NATIONAL U faces Adamson while fellow La Salle duels with Far Eastern U in an all-UAAP semifinals of the 2022 Filoil EcoOil Preseason Cup today at the Filoil EcoOil Centre in San Juan.

NU and La Salle sport perfect slates so far since the elimination round, making them the heavy favorites over their separate opponents at 3 p.m. and 5 p.m., respectively.

The Bulldogs extended that unblemished campaign in the playoffs with a 75-64 win over San Sebastian College-Recoletos as the Green Archers followed suit by besting College of St. Benilde, 83-74, to advance in the Final Four.

Up against gritty and equally formidable UAAP foes this time however, both squads brace for heavy resistances.

NU coach Jeff Napa said ace guard Steve Nash Enriquez has been ruled out of the rest of the Filoil tilt due to a hamstring injury.

“We can’t be complacent even though we’re undefeated. We have to be prepared at all times,” noted La Salle’s Derrick Pumaren, whose wards are thriving so far despite a juggling act in the PBA D-League finals.

Adamson and Far Eastern U, for their parts, are keen on springing upsets to arrange a final battle of their own instead as part of their UAAP preparations. — John Bryan Ulanday