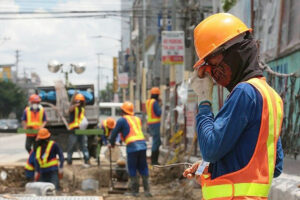 PRIORITY programs for Filipino workers abroad and those locally employed were discussed during a Cabinet meeting on Tuesday, according to Malacañang.

The Department of Migrants Workers (DMW) and Department of Labor and Employment (DoLE) discussed their key programs during the meeting.

“Some of the priority projects that the DMW will take into action are the One Repatriation Command Center, OFW (overseas Filipino worker) Mobile Application, and National Reintegration Program,” the Office of the President said in a statement.

“For DoLE, the core priority will be increasing employment opportunities, ensuring just and humane working conditions, and delivering accessible, prompt, and continuous services to the people,” it added.

“They will discuss with details later on, possibly next week for the specifics of their plans and programs,” she said.

Registered OFWs, a major dollar source for the country, decreased by 18.6% to 1.77 million in 2020 from 2.18 million in 2019 amid the COVID-19 pandemic, based on the latest Philippine Statistics Authority (PSA) Survey on Overseas Filipinos released in March.

Within the country, PSA data showed the number of unemployed Filipinos stood at 2.99 million in June, 62,000 more than the 2.927 million in May. — Kyle Aristophere T. Atienza