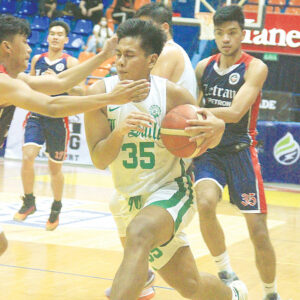 The Bulldogs, who wiped out Group A with an 8-0 card, and the Group B leader Green Archers (7-0) collide with San Sebastian College-Recoletos and College of St. Benilde at 1 p.m. and 3 p.m., respectively.

Serving as opener at 11 a.m. is the duel between Adamson and Lyceum while reigning UAAP champion University of the Philippines battles Far Eastern U in the main game at 5 p.m.

The spotlight, however, is on the Bulldogs, whose magnificent preseason build-up included an upset of UP in the elims — boosting their morale for an expected tough playoff run.

La Salle, for its part, faces a harder task given its juggling act in the PBA D-League, where it is already in the finals against Marinerong Pilipino. “This is all part of our program. We want to see our players get tested before the start of UAAP,” said mentor Derrick Pumaren. — John Bryan Ulanday