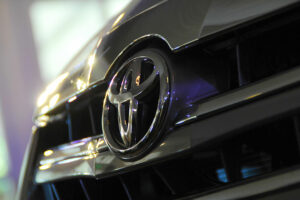 Jose Maria M. Atienza, the company’s senior vice-president and division head for marketing, new mobility, and vehicle logistics, said during an episode of BusinessWorld’s One-on-One online interview series on Monday that the company is eyeing more sales in the lower part of the vehicle consumer market.

“The Philippine market is in the stage of motorization, meaning increasing the vehicle density per population. It is quite linked to the level of the Philippine economy,” Mr. Atienza said.

He added that growth is expected in the lower-end segment of the market “because of our population and what most of the population can afford.”

“By lower-end, we’re saying around P1 million and below,” he said.

“We are in anticipation of that growth in the lower-end segment. We are reinforcing our product line-up in that area. We recently launched the Lite Ace for the affordable commercial vehicle segment,” he said. “On top of that, we also reinforced our line-up with the lower-end models like the Raize, Avanza, and Veloz.”

Meanwhile, Mr. Atienza mentioned that the stronger local adoption of electric vehicles will take some time due to their high cost.

“Recently, those (electric vehicles) being introduced are quite still expensive because of the very expensive technology. It will take some time. Again, we see it as soon as we introduce more affordable vehicles, then it is picking up,” he said.

With this, Mr. Atienza said that the company has been focusing on electrified vehicles or hybrid vehicles to address the high prices of electric vehicles and the availability of charging stations.

“Especially for battery electric vehicles, we need charging stations. That is why we are focusing on hybrid vehicles because it is what we can use and what we need now in the absence of charging stations,” he said.

“We’re happy to note that there is a big increase in electrification, especially for Toyota. We’ve increased our hybrid electric vehicles sales ten-fold from 2019. This is linked to people who were very much conscious with fuel prices,” he added.

Moving forward, Mr. Atienza said that risks being monitored by the company are those that will affect the prices of their vehicle offerings.

“The main risks are all those factors which make the vehicle prices higher than what the people can afford. It can be the foreign exchange rates, it can be the parts costs and additional taxes,” Mr. Atienza said.

Latest data from the Chamber of Automotive Manufacturers of the Philippines, Inc. and Truck Manufacturers Association showed that the local industry has sold 182,687 units as of end-July, up 18.4% from the same period last year.

Of the total, Toyota Philippines accounted for 94,026 units sold, equivalent to a 51.47% market share.