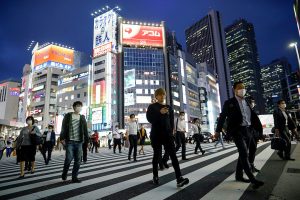 TOKYO — More large Japanese companies are now raising wages to attract workers and cope with chronic staff shortages, a monthly Reuters poll showed on Thursday, a tentative sign Japan Inc. may be slowly addressing pay that has been flat for decades.

Still, the Corporate Survey found that higher wages aren’t yet the go-to tactic for companies, with digitalization seen as the most popular among the multiple measures firms say they are using to address the labor crunch.

Japanese companies have typically avoided boosting wages because decades of deflation made it difficult to pass on higher costs to consumers. That might now be changing, as the double whammy of higher commodities prices and a weaker yen drive up living costs, and highlight the strain on workers. Prime Minister Fumio Kishida has also called on companies to hike wages.

“Overall we are facing labor shortages and we are struggling to lure part-timers at stores in particular. We are responding by raising wages but there’s a limit,” the manager of a wholesaler wrote in the survey, on condition of anonymity.

The poll of 495 big non-financial firms, taken Aug. 2–12, highlighted what appeared to be a growing willingness by companies to increase wages. The hiking of wages or starting salaries was picked by 44% of respondents as one of the multiple tactics they were adopting.

That compared to just 25% of companies that said in a 2017 Corporate Survey that they would increase salaries.

A full 59% picked going digital and other measures to save manpower as one of their tactics.

“The tide is changing as labor shortages have prompted more and more companies to raise wages albeit gradually,” said Koya Miyamae, a senior economist at SMBC Nikko Securities.

“Now is just the beginning, as the population increasingly ages and dwindles, the momentum to hike wages will gather steam,” he said.

A majority of companies, 54%, said they faced a labor crunch with the shortage most pronounced among non-manufacturers, 59% of which said they were squeezed for staffing.

“We have not been able to do anything” to secure workers, said another manager at a wholesaler.

Companies also called for a better working environment, including year-round hiring and delaying retirement to encourage the elderly to work until their later years.

The dwindling pool of workers has been a concern for years in the world’s No. 3 economy, and has served as a cautionary tale for other advanced economies including in Europe. Policymakers, meanwhile, have stopped short of allowing widespread immigration.

A total of 19% of firms said they were securing foreign workers, compared to 13% in the 2017 survey.

Separately, three-fourths of companies said they wanted Kishida’s government to deploy another round of big stimulus to help the economy cope with rising living costs.

The survey results came as gross domestic product (GDP) to June saw a third straight quarter of expansion, but analysts say the resurgence of the coronavirus and a slowdown in the U.S. and Chinese economies cloud the outlook.

In the survey, a vast majority of Japanese firms saw the virus’s resurgence posing a downside risk to the economy in the latter half of this fiscal year to March 2023.

The poll, conducted for Reuters by Nikkei Research, canvased 495 large nonfinancial Japanese firms, half of which replied during the Aug. 2–12 period. Managers usually reply on condition of anonymity, allowing them to express opinions more freely. ($1 = 133.3900 yen) — REUTERS