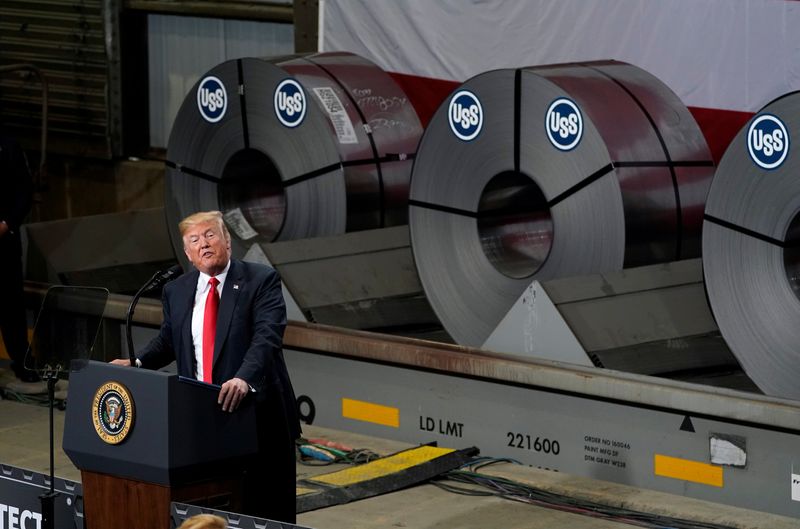 WASHINGTON (Reuters) – The U.S. Court of International Trade has issued a temporary order under which U.S. customs agents cannot collect duties from a U.S. company under President Donald Trump’s recently-announced expansion of steel and aluminum tariffs.

PrimeSource Building Products had challenged Trump’s surprise expansion of existing tariffs to include derivative products such as steel nails and aluminum cables.

It withdrew its request for a temporary restraining order after reaching an agreement with U.S. government officials under which U.S. Customs and Border Protection (CBP) and other U.S. government agencies agreed not to impose the duties for now.

Heritage Foundation trade economist Tori Smith said the decision was great news for PrimeSource and foreshadowed another setback for the Trump administration in its imposition of steel tariffs.

The New York-based trade court had ruled against Trump in November, concluding that he had exceeded the time limit on his “Section 232” authority when he tried to double the tariff on steel imports from Turkey last year.

“Given the court’s position on the Turkey case, it is likely that the (Court of International Trade) will determine these derivative tariffs are also not permitted under Section 232,” Smith said in a statement.

She said it should strengthen moves by Congress to reform the Section 232 law. “It is a broken trade law that the Trump Administration continues to abuse,” she said.

A number of U.S. lawmakers have chafed at what they see as Trump’s abuse of Section 232 of the Trade Expansion Act of 1962, a U.S. law aimed at protecting America’s Cold War-era defense industrial base, which allows the president to tax imports if they are deemed to threaten national security.

Senate Finance Committee Chairman Chuck Grassley, a critic of the Trump administration’s threat to impose tariffs on imported cars under Section 232, has drafted legislation to reform the section and limit the president’s powers.