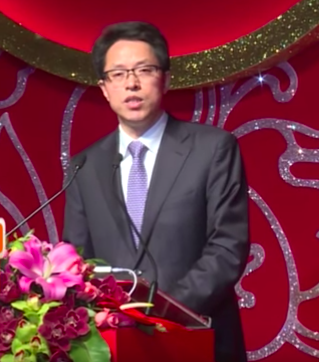 On January 4, the Chinese government announced the appointment of Luo Huining as the new director of the Hong Kong Liaison Office, replacing Wang Zhimin.

On January 5, an earthquake shook Hong Kong, but thankfully nobody died.

These recent reshuffles at the two offices come during a time of ongoing protests in Hong Kong which began in the middle of last year and the Wuhan virus infection which struck Hong Kong in recent weeks.

On January 6, I wrote a column in the Independent predicting Luo would shake up Hong Kong and heads were likely to roll.

The tremors are being felt and heads are starting to roll with the demotion of the 56-year old Zhang. What is strange is rumours and media reports of Zhang’s expected dismissal have been going on for years, yet it is only now that he has been sidelined.

In a curious development in December 2016, Sing Pao, a Hong Kong newspaper believed to be linked to a faction in the Chinese government, said Zhang, who was then Hong Kong Liaison Office chief, would “definitely” be stripped of power. Yet that did not happen so soon. In late 2016, Sing Pao ran a series of articles criticizing then Hong Kong chief executive Leung Chun-ying and Zhang.

Despite media criticism and rumours of his impending downfall for years, why did Zhang remain apparently untouchable until now? It is possible that Zhang was under the protection of a powerful patron, which the Chinese call a “protective umbrella”. He is believed to be in the camp of former Chinese President Jiang Zemin. The rise and decline of Zhang could possibly be part of a proxy power struggle between the current Chinese President Xi Jinping and Jiang.

Replacing Zhang as head of the Hong Kong and Macau Affairs Office is Xia Baolong, a protégé of Xi. From 2003 to 2007, Xia was deputy party secretary of Zhejiang province, which was the second most senior post in a Chinese province. For part of that time, Xia was the number two man to Xi, who was then party secretary of Zhejiang. Xia’s last position was vice-chairman of the Chinese People’s Political Consultative Conference (CPPCC), the country’s top political advisory body.

Like the 65-year old Luo, Xia, who is 67, is past the retirement age for senior Chinese officials at 65. The fact that these two over-age men were recently brought into senior posts in Hong Kong underscores the unusual and urgent nature of their appointments.

What aftershocks might follow Zhang’s demotion? A clue may be found in an anti-corruption investigation of the Hong Kong and Macau Affairs Office in 2016 by China’s anti-corruption agency, which was then called the Central Commission for Discipline Inspection (CCDI). In October 2016, the CCDI released a report on the findings of its investigation, which cited problems in that office including dubious promotion procedures and unsatisfactory deployment of personnel. If the Hong Kong and Macau Affairs Office had been under the watchful eye of China’s anti-graft watchdog, it will not be surprising if current and/or former officials of the Hong Kong Liaison Office are under similar scrutiny by Beijing.

Will anti-corruption investigations ensue in Hong Kong after Zhang’s demotion?

Toh Han Shih is a Singaporean writer in Hong Kong.

The views expressed here are those of the author/contributor and do not necessarily represent the views of The Independent Singapore. /TISG